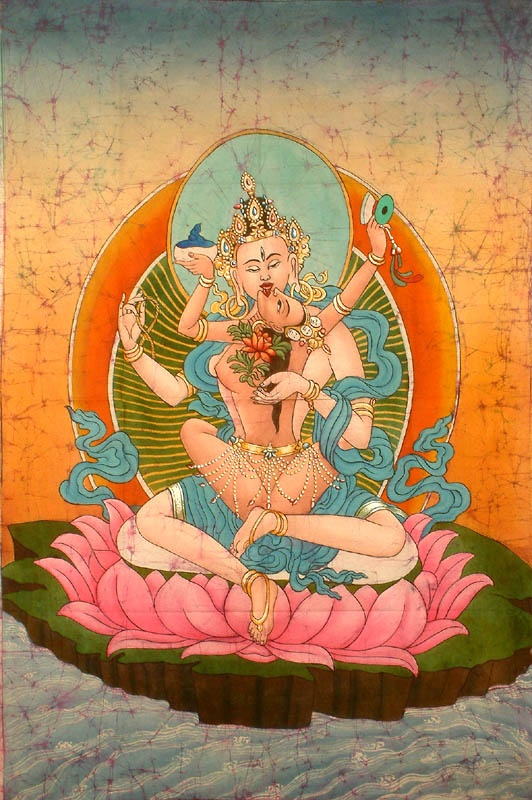 The subtle essence of the universe is eternal. It is like an unfailing fountain of life which flows forever in a vast and profound valley. It is called the primal Female, the Mysterious Origin. The operation of the opening and closing of the subtle Gates of the Origin performs the Mystical Intercourse of the universe. The Mystical Intercourse of yin and yang is the root of universal life. Its creativity and effectiveness is boundless.

“The Mystical Intercourse of yin and yang is the root of universal life.” wrote Lao Tzu. For anything to be born anew, for any fragment of Life to come into physical form, there must be a union of opposites.

Opposites – known and unknown, fullness and nothingness, conscious and unconscious, male and female, human and divine – must become one in order to produce the creative third. Just as when a man and woman come together in sexual union and nine months later bear a child, it requires union to give birth to something new. When the yoni and lingam unite, when the egg and sperm become one, the miracle of conception begins.

All of life is sexual. The very energy that keeps life in motion, the force that keeps the planets in motion, the ocean swaying, the Earth spinning, and the flowers blooming is no different than the energy that rises up from within. “Nature is your true nature,” wrote Joseph Campbell. “The psyche is Nature,” said the Swiss psychologist Carl Jung.

The powerful creative, sexual life force is not only the energy that brings human beings into existence, but it’s also the energy that brings reality into form. The human being is conceived through sexual intercourse and then develops in the womb. In the same way, reality is first held inside the womb of the unconscious and then is born through any means of expression, such as speaking, writing, dancing, sculpting, painting, and so on. “Birth is bringing what is inside out,” wrote Beatrice Bruteau, “Ecstasy is bringing what is inside out.”

Sacred sexuality is a consciousness, a new understanding, that life itself is sexual. Life itself is holy and sacred.

Creation Meditation is a practice that brings us closer, more intimate with the creative, sexual life energy. Through meditation, we create space between the thoughts facilitating access to the power within. Through creativity, we engage in a practice of union – as mentioned above, uniting inner and outer, known and unknown, conscious and unconscious – and in this way, we start to become midwives. As we continue to go deeper and deeper inward, we become agents for the future, bringing forward the ideas, solutions, innovative perspectives that help heal our planet.

Most importantly, we become midwives for ourselves. When you create, the creative energy creates you. Like the way a seed is transformed in the darkness of the dirt; give it enough rain and rich soil and soon its uncurling buds breakthrough to the sun. Over time, with an intimate relationship with creative power arising from within, you give birth to yourself. You pour out the thoughts, images, visions, feelings, emotions, and gradually gave birth to a new you. This gradual transformation, one human being at a time, creates collective change.

We are here to be midwives for the collective birth. As agents of consciousness, we bring the future forward.