The artist, the one who listens to the creative process as it unfolds from within, the one who deepens intuituion by following the inner creative thread, the one who shines the bright light of attention inward, can be a healer of the planet. The artist heals herself and others by stepping into the unknown, facing and accepting the inner darkness, and expanding the inner landscape. Doing so, it is the artist who shifts the world within and creates a new outer reality. Then, as more and more artists and individuals do this, together we will be able to achieve what healer Paul Levy envisions for humanity:

“This universe is a mass shared dream that all six-and-a-half billion of us are collaboratively dreaming up into materialization. When we realize this, we can put our lucidity together so that we can co-creatively dream a much more grace-filled universe into incarnation. This is nothing other than an evolutionary quantum leap in human consciousness, unimaginable until now.” ~ Paul Levy

Just by getting the creative flow active in your life for the sole purpose of connecting to it, that alone is a shift for the planet. Most of the collective is logical, rational, and analytical, and though there is nothing wrong with being intelligent, the problem arises if it means dismissing the creative contributions that arises from within. By keeping the unconscious at bay, we deny the creative force. We deny the power of God moving through us. We resist the evolution of the cosmos which is unfolding and expanding moment by moment, day by day, hour by hour. As a collective, we are ignorant of the fact that the creative, sexual, generative energy of the universe ceaselessly gives birth to and sustains our lives. Repressing and denying the creative/sexual energy has led to destruction of the Earth, extinction of species, starving children, violence against women, and millions of both men and women experiencing rape or sexual assault. These are deep, psychological symptoms of the continual disregard of the unconscious and its ceaseless creative intelligence. 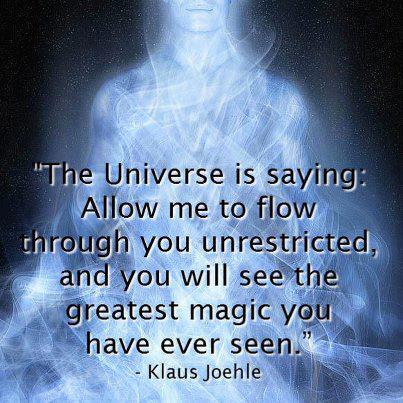